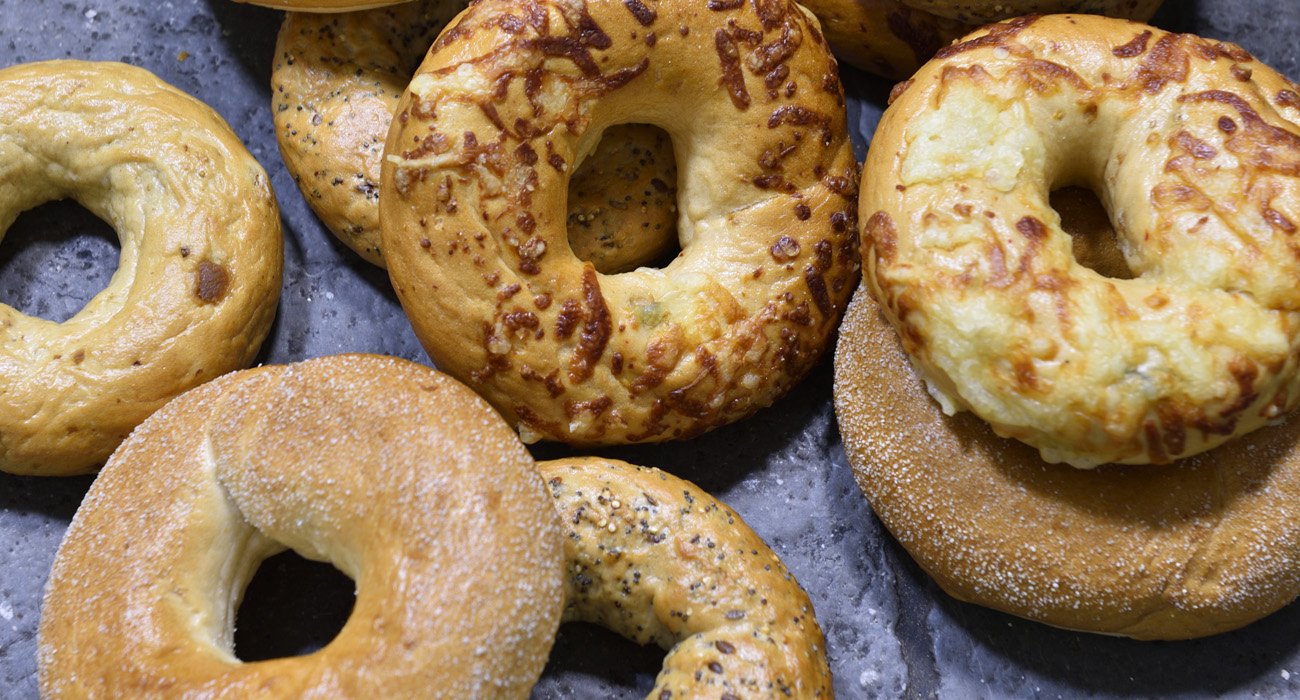 What do You Believe?

One version of why bagels have holes in them is that people living in a small village in Russia were under the rule of a formidable Tsar who demanded a tenth of all the bread that was in the village be given to him.

Clearly slicing off a tenth of a loaf was not the best way to maintain its freshness. So in pure desperation the villagers got together to find a solution.

Eventually, they decided to bake small, round loaves of bread with a hole in the middle. After lots of practice they developed the method we use today for making bagels. The bread was dense and therefore the holes did not fill in. The hole was exactly one tenth the size of the rest of the bagel. The Tsar’s soldiers came to collect the one tenth of bread from each villager and the wise villagers presented them with the bread offering, pointing out that this was the middle portion of the bagel - the soldiers couldn't argue with this.

Others believe that bagels have holes in the middle so that the hole could be used for stacking on dowels for easier handling prior to our modern packing methods.

Speak to the bagel experts